I managed to glue the dodgers down to the decks last week. They still need exterior and interior fillets and glass tape and paint, but they are on for now. We spent the night aboard, and Ali is wayyyyy happier with the increased room and visibility now. All in all, I can't believe that I haven't made these sooner. You can now sit upright as if in a chair (sitting on top of dodgers), instead of sitting with your knees up in your chest.

We also got a new black nylon reacher that pulls us so much better in the light stuff. We can also tack easily with just the reacher up. Wharram Tikis sail so well! 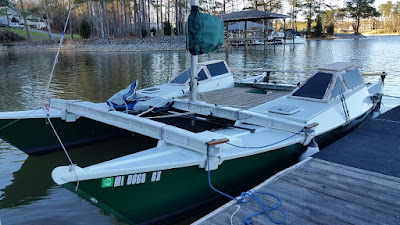 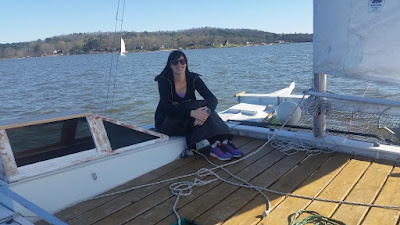 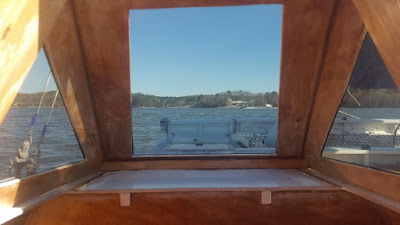 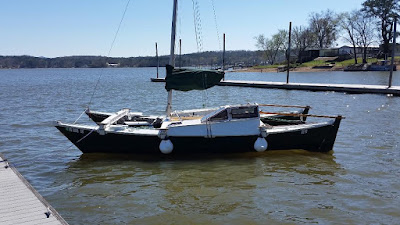 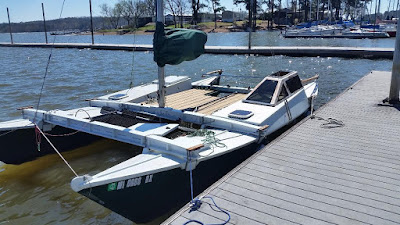 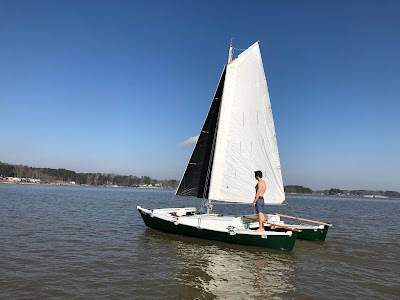 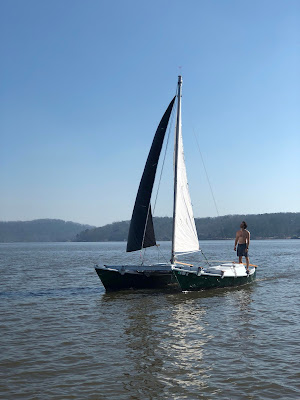 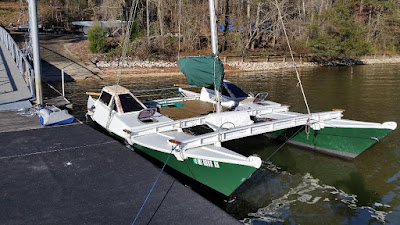 New Hatches in the Works 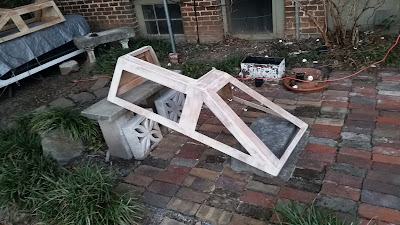 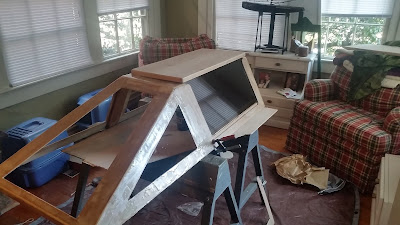 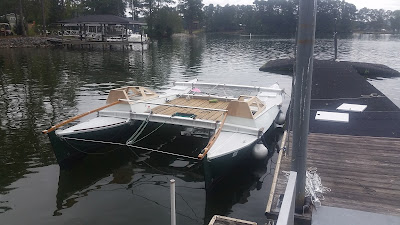 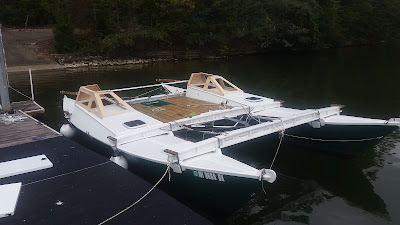 Since it was blowing good and cold as hell, I decided to see how Beto would do on just the mainsail. She did great! We could head upwind around 50 degrees apparent at around 5 knots. In gusts I just headed up a tad and she took it seemingly unimpressed. Falling off to a reach, we hit 10 knots during the puffs. Sweet! Most surprising, however, was that we were able to tack no problem on just the main in pretty decent wind. I found that coming about quickly on the tiller allowed her to swing through. Once head to wind, I unsheeted the main and then sheeted back in, slowly heading back up onto the new tack. We only had to backwind the main and reverse the rudders once in two and a half hours of beating up the river channel. My big Nalgene bottle also stood straight up for the entire trip. Who needs monohulls?! Anyways this experiment was a good confidence booster that Beto can be safely and calmly sailed in higher winds on just the main alone.

I got an old cheap nylon drifter/reacher for Beto. It was too long on the leech, so I cut it down today and just need to sew in some tape along the new foot and a new clew patch. I also found some rot in the forward beam where the anchor chain has rubbed it. It's not too bad luckily, but this wet winter has definitely done some harm. I scraped all of the rot out and will let it all dry up fully before re-epoxying on Friday. I also found a massive genoa of 4 oz dacron that I'm contemplating pulling the plug on for go fast activities in the future. Due to the rot, I am not going to get serious about making a chain/anchor roller for the front beam so I don't have to deal with anymore rot like this. The beams take a lot of abuse on these Tikis. 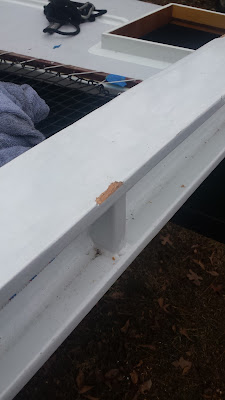 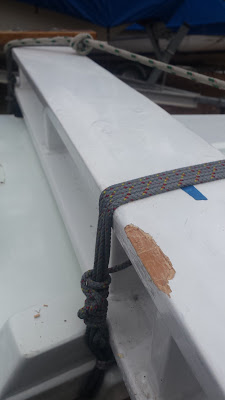 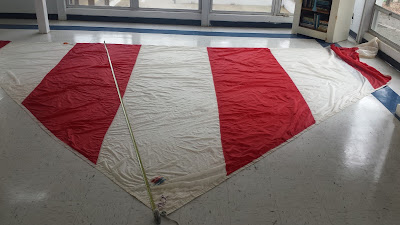 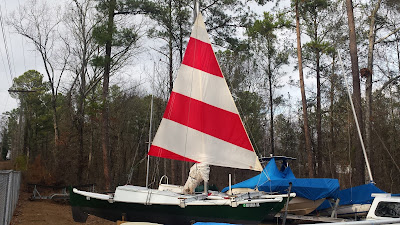 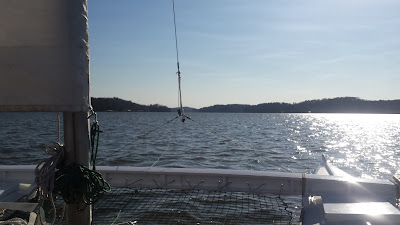 I haven't updated this blog in a while, because Beto is on her trailer 40 miles away on a lake that rarely has much wind. Despite this, we are planning to be carving around the ocean from late April until June, so the blogging will be picking back up around Mid March when we start doing some modifications and preparing for the cruise. Until then I will try to post something every couple of weeks when I make it out to the boat.

Saturday Sailing with 6 on board!